A blockbuster new sci-fi space opera from Nicholas Abdilla and Old Mate Media is set to launch on March 3, 2017, and you can pre-order it now. 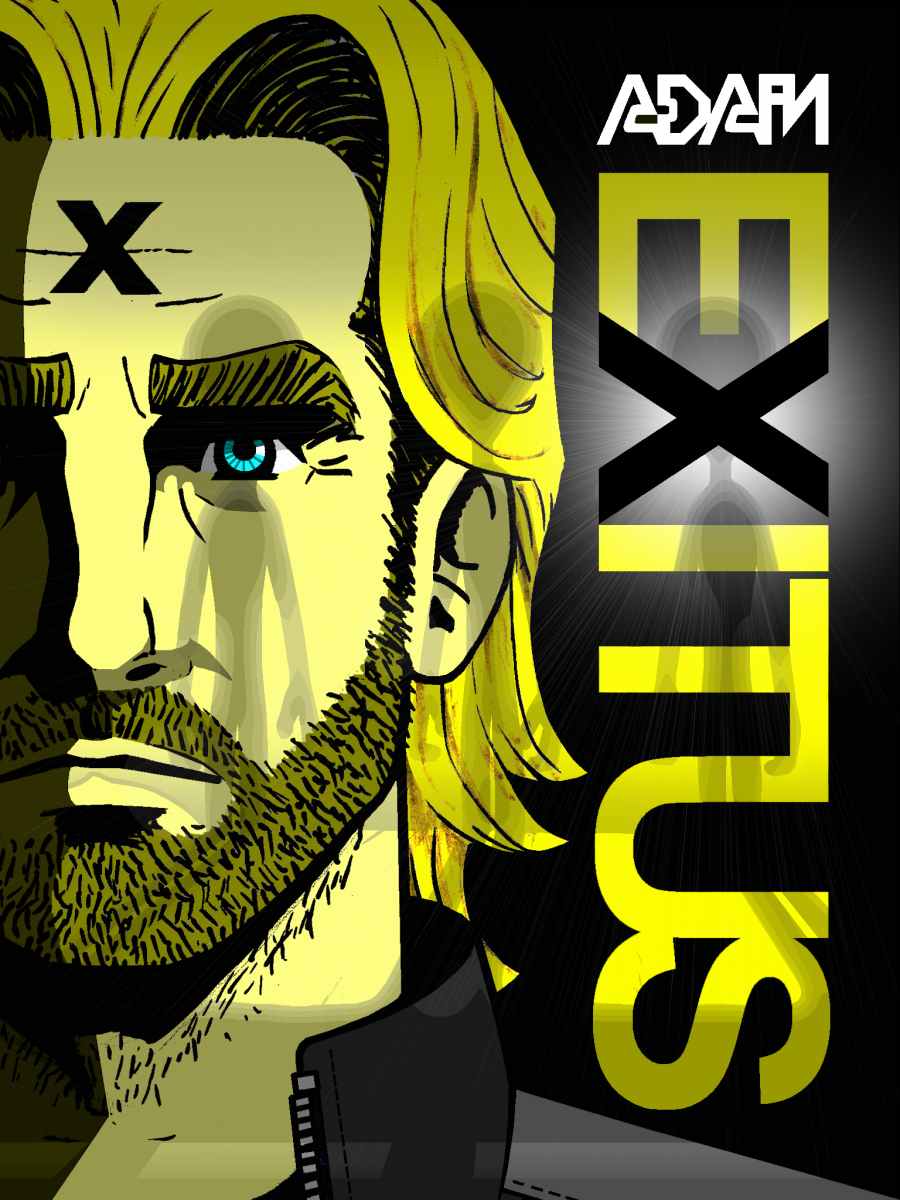 For the past year, author Nicholas Abdilla and editor Chris Stead have been putting the final touches on Adam Exitus. It’s a book that has been over ten years in the making, and is the first novel in the Adam X series. Adam Exitus is pure science-fiction genre title, which skirts with mystery, romance and action as it explores the possibilities between the stars and dimensions. It’s our aim to build one of the great space sagas, and it all begins with the Adam Exitus release date,which is set for March 3.

We invite you to get in early with this momentous release. You can grab a pre-order now through Amazon, or through iTunes ahead of the Adam Exitus release date. The 270-page novel is going for a bargain price of just US$2.99 for early adopters. Abdilla’s incredible imagination will see you lost in the book's deep lore by the end of the first chapter. At Old Mate Media we’re really proud to be the publisher of this fantastic novel.

You can get started right now by reading the "back of the book blurb" below. It sets the scene ahead of the Adam Exitus release date of March 3. We also have an interview with author Nicholas Abdilla for you to enjoy.

Back of The Book Blurb

“Why did they kidnap me? I’m not rich. I don't have a lot of family to extort. I have certainly not been a police officer long enough to make any enemies. But instead of waking to the incessant ringing of my alarm clock back in my small city apartment, I awoke in the dirt. In the jungle. Naked. What is happening? Where are their demands?

Then I found her; beautiful and graceful, without a mark to show for her life trapped here. Wherever here is. How did she survive in this jungle? In fact, how is she keeping me alive? 14 days now, she has hunted, caught, cooked and provided without ever saying a word. She has listened to everything I’ve said, but never responds. Is she in on it? Am I in some weird experiment, or is it all a dream? But it can’t be a dream, because I keep having terrible nightmares. About bright lights, and pain, and figures at my door their voices in my head. Of jumping off cliffs, being eaten by monsters and hanging myself. How can you have such vivid nightmares inside a dream?

Then there is the X, tattooed on my head. Who kidnaps someone and then tattoos an X on their forehead? What’s it all mean? I’ve had enough! Tomorrow I’m taking control and repaying my debt to this girl. Tomorrow I escape.”

Adam Exitus is not the first work from Nicholas Abdilla to be published by Old Mate Media. His satirical comic Game Guy, which pokes fun at the conventions and clichés of video gaming, is also available. You can pick it up on Amazon, or on iTunes right now. Plus, please support our ThunderClap page, which is building to the launch of Adam Exitus. Link is below!