Our first beloved children’s picture book has had a makeover and is getting a re-release on both digital and print formats. 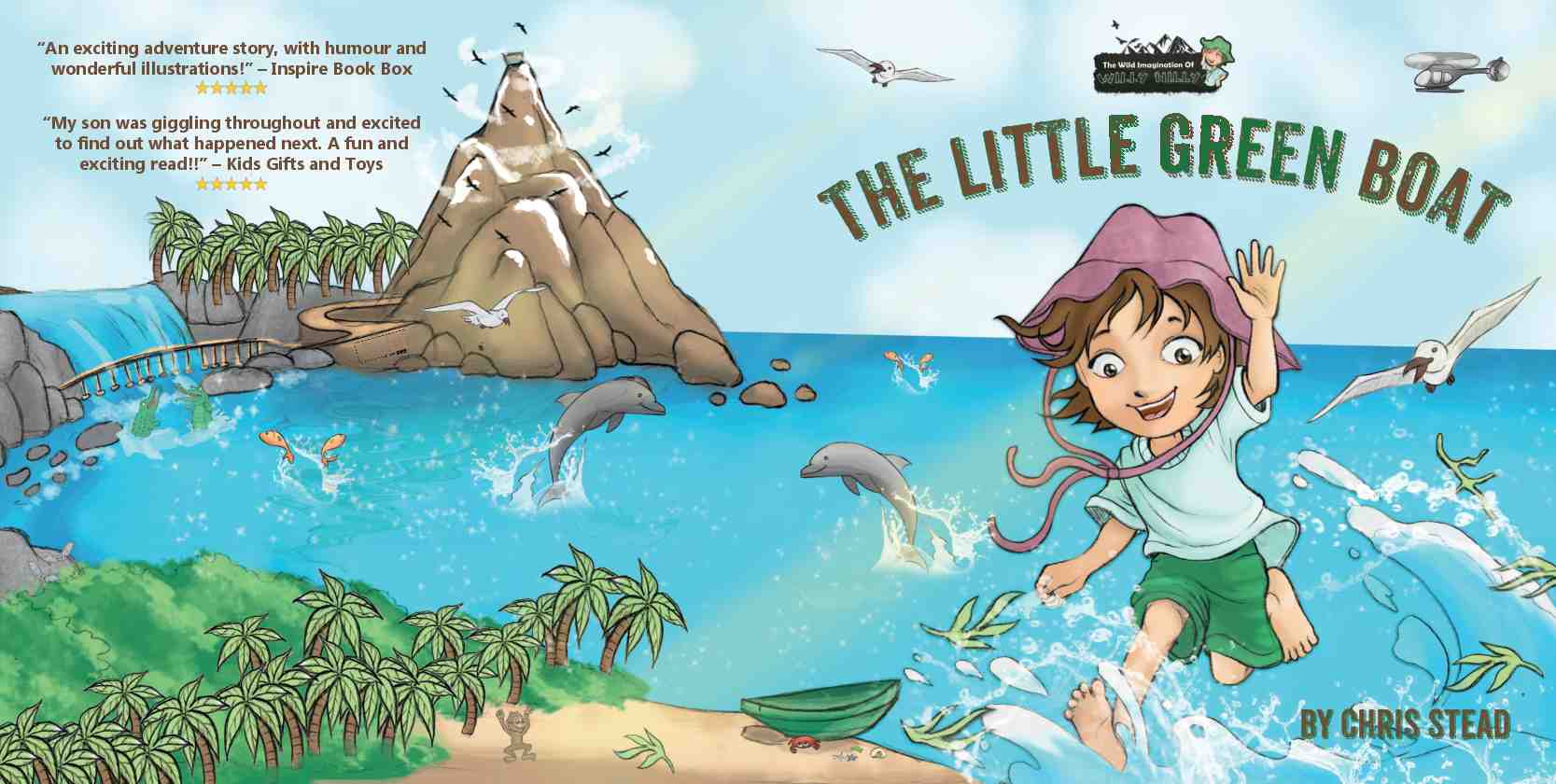 Like an awesome director’s cut, or a high-definition re-imagining, The Little Green Boat print edition is here. The first book in The Wild Imagination of Willy Nilly series was originally released in late 2015. But to date, it has been solely a digital experience. And over the last two years, we have constantly iterated on it. We’ve added more animations, new sound effects and provided additional information, including a guide on how to use The Little Green Boat to meet early learning school syllabus requirements.

Today we’re very excited to announce the much anticipated arrival of The Little Green Boat print edition. Available worldwide through Amazon, it offers plenty more than just a physical version of the book. This second edition of the adored story introduces a brand new character. Suzie is Willy Nilly’s sister. Her role in The Little Green Boat is limited, but her appearance lays the foundation for her more prominent role in upcoming entries in the series. There’s plenty more to learn about Suzie for those who are interested.

As a result, you can check out the second edition of The Little Green Boat now in Paperback, Kindle or iTunes.

What to expect from The Little Green Boat Print Edition

For those yet to join Willy in one of his books, get ready for something exciting. An old-fashioned action adventure tale, The Little Green Boat begins with a visit to the beach on a very hot day. Off exploring through the sand dunes, Willy – a young boy – stumbles on a little green boat. He jumps in for a bit of fun, only to be picked up and washed out to sea by a giant wave. Stranded a long way from home, he enlists the help of two dolphins to take him to land. However, they lead him to the wrong beach. Lost on a strange island, Willy discovers a treasure map. If he can brave the monkeys, bats and crocodiles, and scale a dangerous mountain, he might just find a way home.

The Wild Imagination of Willy Nilly series currently contains three stories. Follow the Breadcrumbs and The Fastest Kid in the World follow The Little Green Boat. We’re now working to bring both the sequels to print as well, so expect an announcement on that soon. In addition, two more books in the series are completed, and awaiting design. Meanwhile, our talented illustrator Ronzkie has just begun putting together the art for a sixth book. For a look at all our books, visit the shop.