Now you can buy or gift all three kindle books from The Wild Imagination of Willy Nilly range together in the Willy Nilly Series Bundle. 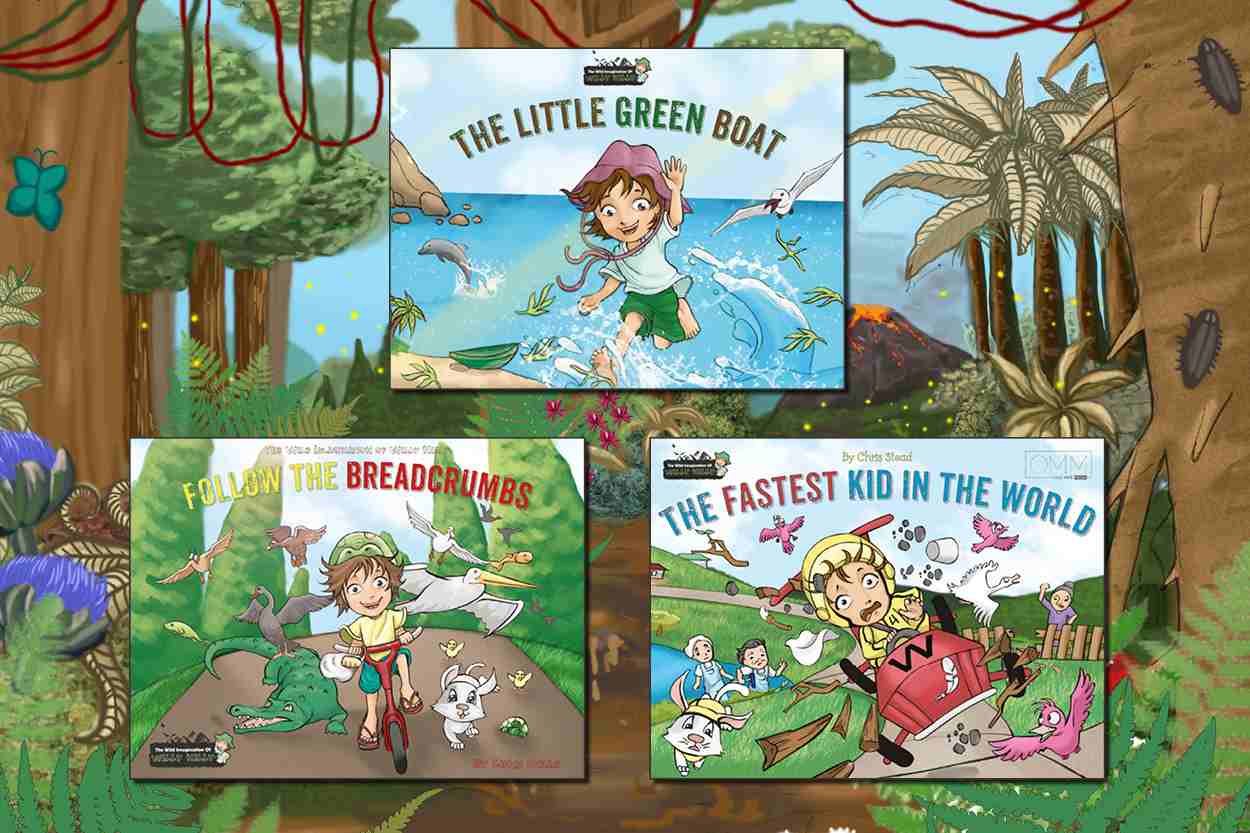 Do you own a Kindle? Do you have children? Well we’ve got some good news. The Willy Nilly Series Bundle has just launched on Amazon. You can now buy the first three children’s picture books from author Chris Stead's The Willy Imagination of Willy Nilly series with ease through Amazon. That's The Little Green Boat, Follow the Breadcrumbs and The Fastest Kid in the World. The Willy Nilly Series Bundle provides a fantastic collection of good, old-fashioned adventure titles for kids. And parents, and grandparents, will love it, too.

To buy the Will Nilly Series Bundle, just visit the Amazon page and you can access all three books with ease.

The Wild Imagination of Willy Nilly series has been universally popular receiving consistent five star reviews. If you are considering the Willy Nilly Series Bundle, just some of the positive comments include:

"We loved this adventure with Willy Nilly, especially when the dolphins helped Willy. My son was giggling throughout and excited to find out what happens next." - Kids Gifts and Toys

“I really enjoy Willy Nilly. He has a lot of cool ideas, but like most kids he doesn’t think them through all the way. I think I like this character because he is so genuine. I could see his wheels turning in his head and it made me think of my own grandkids and how they think of things like this without thinking of consequences.” Sandra Stiles

“'Super awesome' was how my 3 and 6 year olds described this book tonight after we read it. Of course they're now begging me to read the other Willy Nilly books we have too now . We loved the anticipation of what's going to happen as we turned the page, and love that there were sound effects in addition to the groovy song at the beginning. We highly recommend this book and the series. Thanks again for another fun adventure!” Willy Nilly Fan (iTunes)

Who is Willy Nilly?

Willy Nilly is the star of The Wild Imagination of Willy Nilly series of books. He is an adventurous little boy, with, you guessed it, a wild imagination. Willy Nilly loves to play creative games with his dog and his sister Suzie, and somehow he always ends up having big adventures in the most ordinary of circumstances.

The series celebrates the amazing journeys children take in their minds whilst they are playing right there in front of you.

Where to Next for Willy Nilly?

Willy Nilly has some big adventures planned and we can’t wait to share them with you. They're available in both digital and print formats (yes that’s right, print is coming very soon). To keep up to date with Willy’s adventures, and learn when the next book is on sale, just sign up for our newsletter (we promise not to spam you). And do check out the other books in our Shop, or get in touch to have a chat about how we can bring your children’s book idea to life.