Adam Exitus by Nicholas Abdilla – digital and paperback out now

Adam Exitus by Nicholas Abdilla – digital and paperback out now

The wait is over! The exciting new sci-fi novel Adam Exitus by Nicholas Abdilla is now available for purchase worldwide. 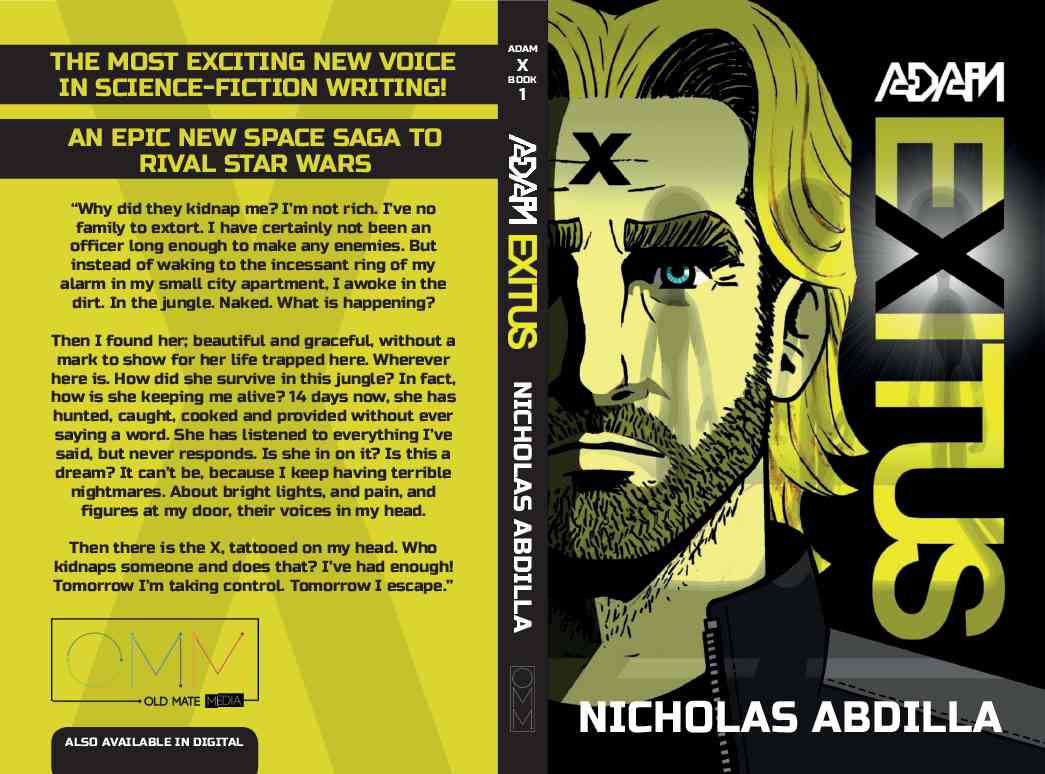 Regular followers would be aware we have been working on a science-fiction novel for quite some time now. In fact, we first become involved with the project as editor and publisher just under a year ago. Adam Exitus by Nicholas Abdilla is a book we immediately fell in love with. Now, after meticulously working on the story and adding a tonne of detail to flesh out the universe, it’s finally available to sci-fi fans worldwide. Pop the champagne, right?!

As a result, we invite you to head to Amazon (tap here) or to iTunes (tap here) to grab your copy. The paperback is US$12.97 or the digital version is a bargain at US$2.99 – note: prices adjust across regions depending on exchange rates.

Tell Me More About Adam Exitus by Nicholas Abdilla

In the tradition of Star Trek and Mass Effect, Adam Exitus exists in a grand, richly detailed universe. It's layered with lore and written with passion and imagination. It considers humanity’s place in our galaxy’s grander understanding of life (and artificial life). And it does so through a philosophical, and almost hallucinogenic style reminiscent of Philip K. Dick.

It also deeply explores the science behind its universe, much like Asimov, without hindering the adventure and action lovers of Timothy Zahn or Kevin J Anderson might expect. Underneath it all, a deep discussion on the origins of man and religion, which fans of Battlestar Galactica will enjoy.

At the intersection of these greats of the genre arrives a new voice, Nicholas Abdilla, who delivers his first novel, Adam Exitus, book one in the 10-part Adam X space saga. Ten years in the making and adapted from his original comic series, we invite you to join us on the ground floor as it finds its place in the history of great sci-fi literature.

If you want to learn a bit more about Adam Exitus by Nicholas Abdilla, read our interview with the author. Otherwise, dive straight in and grab the book now through Amazon, or on iTunes. Also, are you an indie author or illustrator looking to get into the world of self-publishing? If so, check out our services menu to learn more about the process or get in touch.