Author Matt Dragovits delivers an action-packed, Disney inspired Christmas adventure that is plenty of fun regardless of the season. 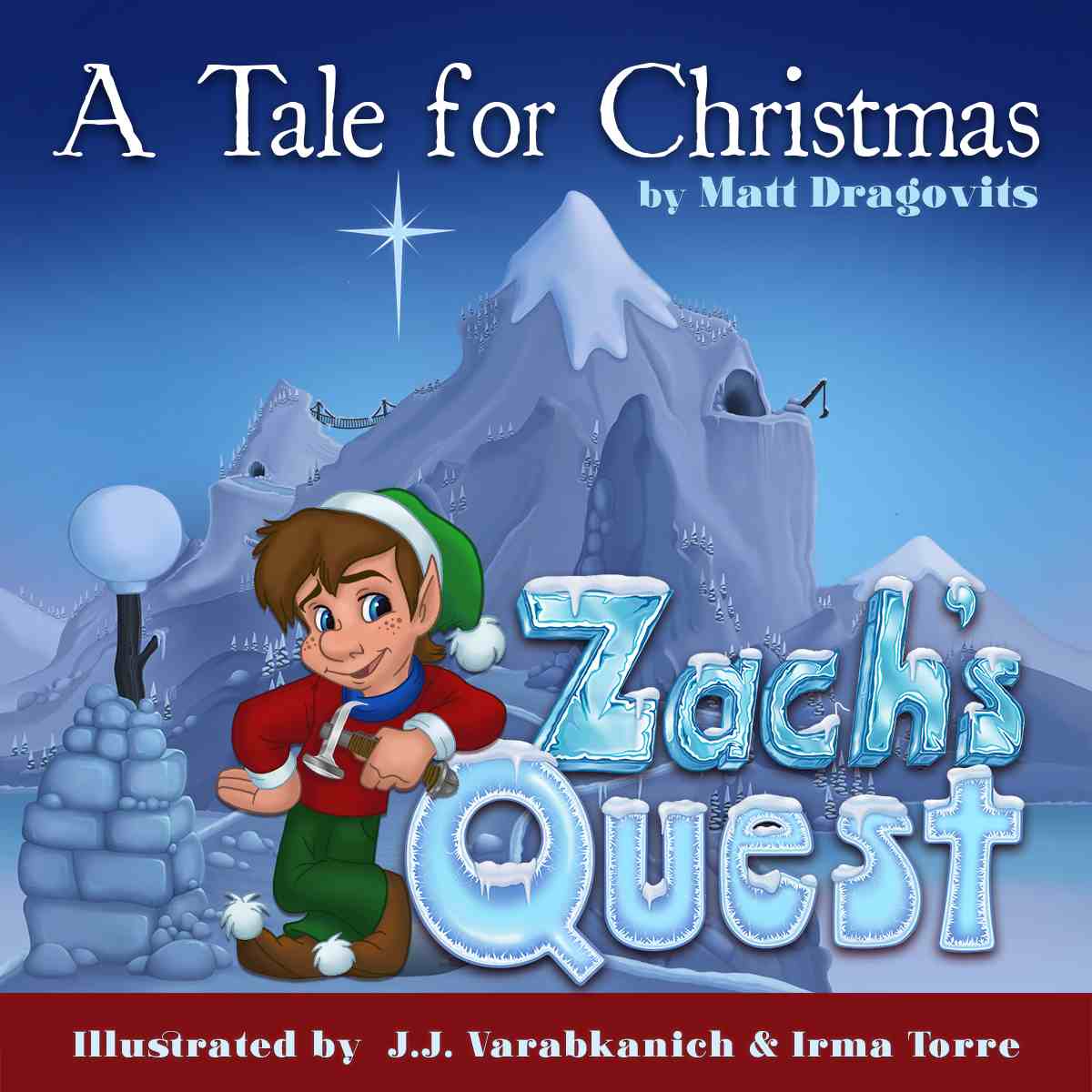 Christmas at author Matt Dragovits’ house must have been something to see when he was a little boy. One of nine children, with parents very much into the commercial and spiritual spirit of Christmas, you can only imagine the craziness. The happiness and laughter. Hailing from Pennsylvania, USA, Matt Dragovits aims to get across some of that spirit and fun in his book A Tale for Christmas: Zach’s Quest.

Matt Dragovits began A Tale for Christmas: Zach’s Quest with big dreams. Initially it was a chapter book, and then a screenplay. The end goal is a feature film, but it’s another stepping stone in the journey to that end I am reviewing today. With the help of two talented ex-Disney illustrators – J. J. Varabkanich and Irma Torre – he has converted his longer tale into a children’s picture book. The result is a book unlike any Christmas tale I have read before.

As its title may suggest, A Tale for Christmas: Zach’s Quest unfolds at the North Pole. Zach is a mischievous elf who hasn’t found his place in Santa’s toy making operations. All his efforts to establish a place often end in disaster, too. Eventually he breaks the most important machine of all: the one that powers the entire toy making process. However, he can make amends. He just needs to collect an important gem from the top of Mount Frostbite.

The journey won’t be easy. As well as natural threats like hungry wolves, nasty goblins live in the mountain’s caves. They want to stop Christmas from ever happening and will take their chance by stopping Zach in his bid to find the gem that can power Santa’s machine. It makes this little elf’s quest all the more challenging.

It’s long for a picture book. You’d certainly want to have a decent amount of time to read it before bed. Yet it has an energy – especially in its second half – that races along. The challenge of distilling the larger story down into a smaller, digestible picture book does become evident throughout. It’s similar to when you read a picture book based on a Disney movie. It works perfectly fine, but you know so much of the detail, scene setup and character exposition has been trimmed.

As such, moving to the chapter book once your child is older is definitely worth considering.

Matt Dragovits is a religious man and Zach’s Quest pushes the spiritual aspect of Christmas at its font and back ends. The opening paragraph is heavy with religious terminology and can be somewhat challenging to explain to kids. Non-religious families might find it a bit heavy at first, but stick with it and the action soon takes over. 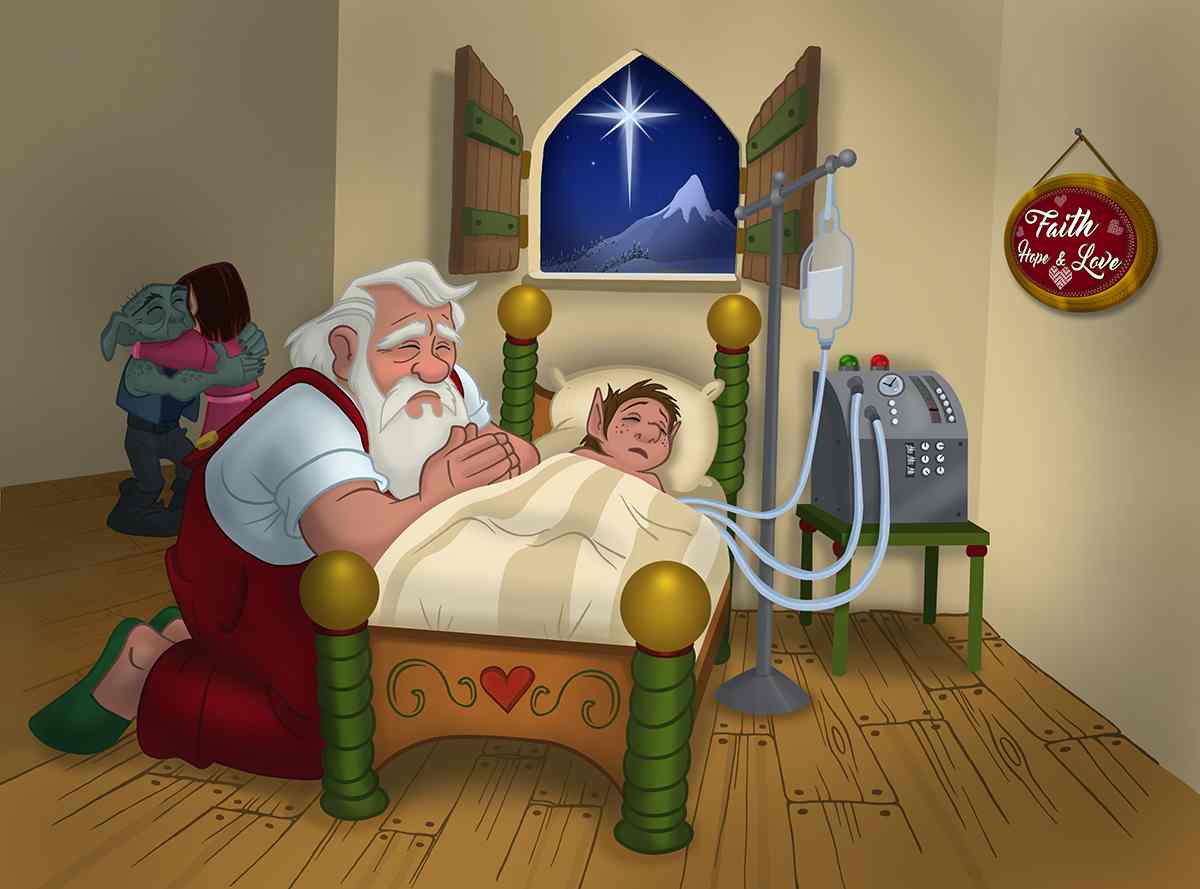 Matt Dragovits has opted for a simple square layout for his book. The text sits outside of the images on most occasions, or occasionally around the smaller pics. Despite using some fancy fonts on the cover and title pages, he wisely keeps the internal fonts simple and legible. As a result, the book reads well. However, the grammar conscious will pick up on a number of minor issues along the way. And the frequent widows are a little unattractive, too.

The two artists’ history with Disney is evident in their images. Rounded, polished and colourful digital illustrations fill A Tale for Christmas: Zach’s Quest. No page is left without some image to accentuate the text. None of the images are full-width, or go across the bind which is somewhat unfortunate. The images are so good, you wish they were given more space to shine.

You also wish there were more of them. It’s a side-effect of the grander story being cut down that a lot happens on any given page. More than can be shown in a single image. Younger children may have some difficulty visualising the story as a result, which is something to keep in mind.

A Tale for Christmas: Zach’s Quest is a unique Christmas tale, which is a great deviation from the standard holiday reading fare. It has a religious message at its heart, but is also action-packed and filled with imagination. At times you can tell that it is the “lite” version of a grander tale. However, buoyed by gorgeous, Disney-inspired art, this is still a fun entry point for younger readers into Matt Dragovits’ world.

Are you looking for more great children’s books? Then visit the Old Mate Media library. If you are an author or illustrator looking to make their own children’s book, then look through our services in the main menu, or read our step-by-step guide. For authors and illustrators already published who would like to have their book reviewed, then head here to learn more.