Today we're talking to Arnav Mishra. Arnav is a 15 year old author from California, who has published his first middle grade fantasy adventure novel, Jason Spark. Discover the inspiration behind his book and hear some tips he has to share about encouraging kids to read.

Tell us about your book?

Jason Spark: The Elementalist is a fantasy adventure middle grade novel. It’s main character is an orphan who discovers that he has powers. He's an orphan and he realizes that he doesn't fit into his society but once he realizes his powers he's taken to this other world. In this other world he finds his friends and learns new skills. Then he realizes that there's a dark organization in that other world. The plot is him discovering his friends and their mission to stop this dark organization.

What age range is this one aimed at?

My younger sister read this for the first time when she was 8 and she enjoyed it. I think that's probably the youngest to understand the dimension of the books. Maybe 8 to 13-14. I'm not sure after the age of 13 it would still captivate their interest, but I think definitely 8 to maybe 13 or 14 years.

What inspired you to write the book? Where did the story come from?

Ever since I was a child I've been reading fantasy adventure novels.  Plus I've also been writing short stories whenever an idea pops up in my head. That's really how Jason Spark started. On a whim, I didn't know it was going to become a full-blown novel at the end. I wrote the first chapter and I asked my mom and my little sister to read it. They motivated me to continue writing because they thought that it was actually a good start and that had some potential to become into something bigger.

What's the best reaction from reader that you've had so far?

I heard from a reader that they were a kid and they were actually play fighting one of the fight scenes from the book. They made a makeshift sword and everything and they did some play fights. It was really funny to hear that that, that I did the fight scene in a way that it could be translated into real life.

What's the most fun part of being an author?

I would say the most fun part is definitely seeing the figments of your imagination come to paper. When you're writing a book it's almost like your characters are coming to life in front of you. And when you're reading it back it's almost like you're seeing your own figment of your imagination. I love seeing readers when they react to like surprises or plot twists or cliffhangers.

What's your tip for parents to encourage reading?

I think that a way that parents can encourage their kids to read books is by monitoring what they watch, such as TV shows or movies. Then seeing what are their genres and themes behind what they watch. Then see how that can translate to books. For example, if they like watching Marvel movies, it's superheroes and villains. Maybe they would probably find interesting a superhero book where the plotline is a superhero that fights crimes. 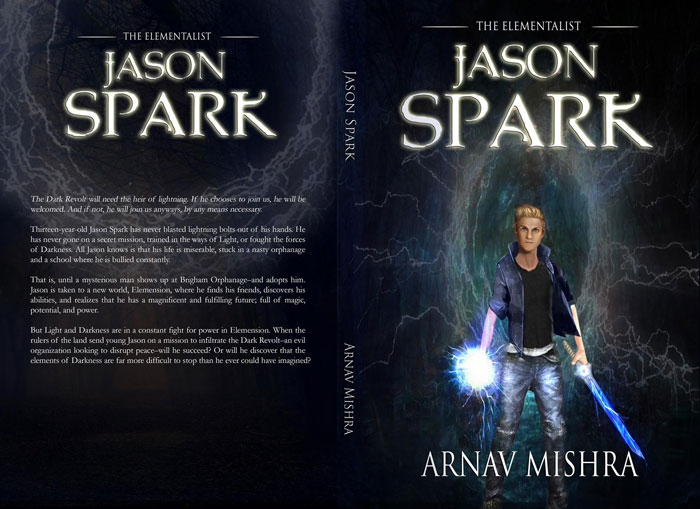 What's your favorite book of all time?

My favorite children's book is “Yes Day.” The plot line in Yes Day is that there's this family that decides that one day is denoted as a yes day. So for every question the answer is going to be yes. The kids can ask any kind of question and the parents have to say yes. For example, can we eat lunch outside? Yes. Can we have pizza for breakfast? Yes. Can we not take a shower for another month? Yes. There's so many different things that the parents would probably say no to normally, but then they're forced to say yes because it's a yes day.

What's next for you? Are you planning to write more books?

I do want to consider writing the next book, especially as I left it at a point where there can definitely be a continuation. But I also do want to focus on school. So it's a little bit difficult to decide on whether I'm going to write a book now or later. And I may be leaning towards later. But I'm definitely planning on releasing another book. It might take a really long time, but another book sounds like a good idea so I will definitely think about it and plan on it. 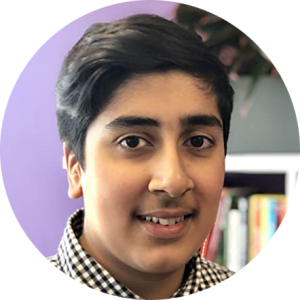 Arnav Mishra has been spinning stories since he was in 3rd grade. His first book was a mystery thriller which he hand-wrote, illustrated, and submitted to his elementary school's Young Authors Fair. There was no looking back from there.

Arnav was 14 when he wrote the first draft of Jason Spark in the summer of 2018 before starting 9th grade. He spent the next year working on revisions, finally completing the second round in the summer of 2019. Then began an extensive round of copy editing, proof-reading, cover design and typesetting. The book was self-published in 2019.

In addition to being a published author, Arnav is an accomplished musician-a guitarist, a singer, and a songwriter-and when he is not dreaming up stories, he can be heard rocking with his guitar. Arnav lives in San Jose, California with his mom, dad, and little sister.

You can find his book on Amazon here.

We hope you enjoyed this insight into Arnav Mishra's colourful books.  This is just one of our many author interviews and book reviews. We love to give you a behind the scenes look at some amazing children’s authors. The best way to keep in touch with these is through signing up to our newsletter. You can also see our range of children’s books in our shop. Plus of course, you can find us on Facebook, Instagram, Twitter and LinkedIn.