How to successfully fund your book through Kickstarter with Todd Black

How to successfully fund your book through Kickstarter with Todd Black

We talk to an author who has crowdfunded five comic books to discover what he has learned about the process. 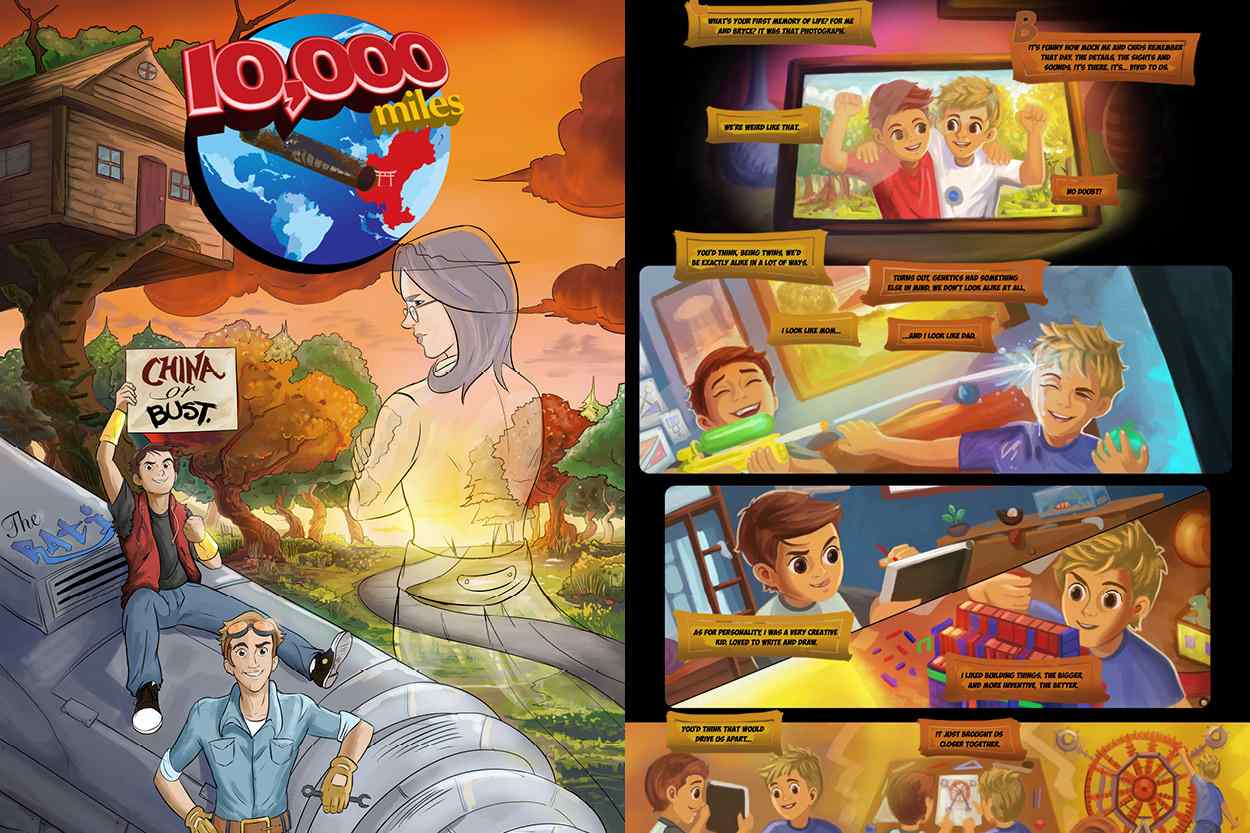 Kickstarter is the most popular crowdfunding platform in the world. A stunning US$3.24 billion has been pledged to Kickstarter over the years, funding over 130,000 projects. No wonder it’s a popular choice for indie authors looking to get their book off the ground and out into the world.

However, simply getting your book onto the platform isn’t enough. The path to publication is littered with a great many failed Kickstarter attempts. In fact, at the time of writing, 6847 publishing projects didn’t receive a single pledge during their time on Kickstarter. Not one! So how do you make it work? What’s the secret?

We spoke to author and comic book creator Todd Black, who is in the midst of his sixth Kickstarter funding campaign. With five books successfully brought to publication already, Todd has mastered the art of crowdfunding your book. Thankfully, he is happy to share the lessons he’s learning with you, thus helping you down this pathway. It joins our growing list of essential guides to being an indie author.

Tips on how to crowdfund your book on Kickstarter

You’ve successfully funded five books through Kickstarter campaigns. Why does this platform work for you and your books?

Well, Kickstarter is a platform that really works well for independent people like me. Meaning, those who don't have the backing of a publisher, but still want to make a book. This also guarantees (if funded) that you have readers read to go. Because people are pledging to make your book real and they'll get it if they're funded. As for my books in particular, I think people just love the stories that I'm telling, which makes me really happy.

After running five campaigns, I imagine you’ve learned some lessons. What do you think are the key factors that determine whether a Kickstarter campaign is successful or not?

Personally, I believe that having a lot of pages done [in your book] is essential. For my Home mini-series, I had the cover and the first five pages done, that way people could get a glimpse of what each issue would be like. For 10,000 Miles, the book I am currently Kickstarting, I've done 20 pages because it's a 72-page graphic novel. It’s important to show your commitment to it.

The other thing is that I feel that my stories resonate, and sometimes (and this has happened to me with previous campaigns), the stories you love, just don't work with people. So it’s important to road test them on as many people beforehand to see whether it can connect with people.

Home was my first successful campaign, and it happened five times, which was mind-blowing. You have to commit to the whole campaign period, like doing the art, constantly promoting it and expanding your reach. There lots of little things you can do to get people interested and for 10,000 Miles, it's working so far.

Many people suggest supporting other Kickstarter projects before launching your own. Do you agree and are you very active in the Kickstarter community?

I do agree with that. Because sometimes you are judged on Kickstarter based on how many projects you support. I have supported 34 projects. Some were comics; others were video games; one or two were fan-films. Kickstarter is very diverse and there are a lot of projects deserving of support. I do try and stay active, and when I see a project I truly love, I totally support it. And I know for a fact that some people have pledged to my books because of my backing of other projects.

What are your tips for authors who want to build a profile within the crowdfunding community?

Well, it's not so much the crowdfunding community per se, but rather, the community you or the media you create are in. For example, I'm writing comics and books, so I'm trying to connect with those that might enjoy my works. Facebook, Twitter, Instagram, podcasts and places like that. You need to reach out to people and groups who are within the media that you are promoting. Talk with them, share art or text with them, and then see if they'd be willing to pledge to your works when you go live.

Tell us a little about your latest project and who should support it.

10,000 Miles is the tale of two brothers, Bryce and Chris, who are known as the "Impossible Kids" in their hometown. They're called this because in spite of their young age at the beginning of the book, they do things that are believed to be impossible. From ages 10 to 18 they go on little mini-adventures and try to do the impossible. But then, one day, they realise they are going to be separated from one another. So, they decide to go on one last great adventure: they're digging their way to China.

As for who should support it, I feel that 10,000 Miles is truly an all-ages book. One that parents can read to their kids with no fear of bad influence. Or comic readers who just want a fun story. The idea of digging our way to China has been ingrained in our culture for a long time. Now these two kids are going to do it for real! It's fun. But, it also has a deep message. I liken the story to a Disney Pixar film. You have fun characters, but ones that grow, learn and realise a certain truth by the end, and 10,000 Miles definitely has that. 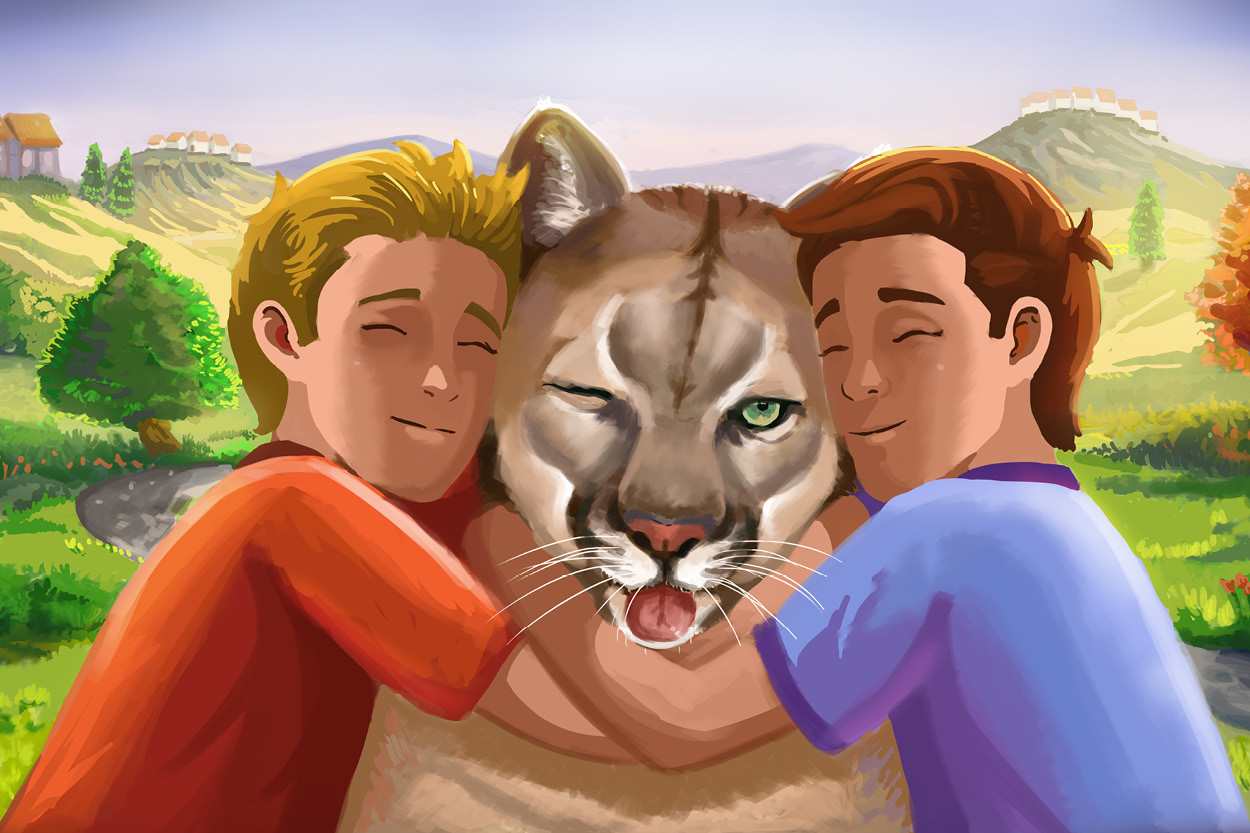 Todd’s Kickstarter campaign for 10,000 Miles is live now and runs until September 11, 2017. His work is stunning! Not only is he an extremely talented artist, but his storytelling his bursting with imagination and fun. Surely he will have six books funded by September 11, and Old Mate Media will definitely be contributing.

Funding your Book with Kickstarter: Do-able but not easy

Kickstarter can work, but like most things it requires planning, effort and commitment for a campaign to be successful. As an unknown author, with no following, dropping a book concept on the platform will probably only get you support from your family and friends. If you lucky! But if you craft your book concept, start building interest, get involved in the community and then create a well thought-out campaign, you may find, like Todd, it’s a fantastic platform for you.

What have your experiences been with Kickstarter? Useful or not? Let us know in the comments below.

If you are in the midst of planning your book, our guide to creating a children’s book will help you map out the stages. If you have any questions about the process or need some help, do get in contact via email or one of our social channels.

Kate Stead is an indie author and publisher. She founded Old Mate Media, a boutique publishing company, in Sydney Australia, with her husband, award-winning author and editor Chris Stead. Focusing on creating beautiful and professional children’s and non-fiction books, she guides authors through the confusing landscape of the self-publishing industry and is passionate about helping indie authors first set and then achieve their publishing goals.
CommentsBe the first to comment