The Nintendo Switch is the exciting, ninth generation video games console released by the creators of Mario. Well more than just Mario, of course. For almost 40-years Nintendo has been the biggest trendsetter in the video games industry. It has spawned brands like Zelda, Pokémon, Donkey Kong, Yoshi, Metroid and more, not to mentioned innovating with technology such as motion controllers and the 3DS. The company is innovating again, which is why we felt you might need a Nintendo Switch Guide.

Author Chris Stead is an award winning video games journalist, who has previously run major international magazines like Game Informer and GamePro. He has also been involved in countless other publications and websites, including Maxim, IGN, Gamespot, Red Bull, MCV, Rooster Teeth, Official PlayStation Magazine, N64 Gamer, Official Xbox Magazine, Hyper, PC Powerplay and plenty more. He is still an active part of the industry, and as such as had early hands-on access to the Nintendo Switch months prior to its release.

Over the course of his Nintendo Switch Guide, he uses that hands-on access to analyse the hardware, controllers, online service, accessories, modes of play and more. You will learn about how its unique feature – the ability to switch between a portable handheld and a console – works. Plus he details all of the launch games, and those coming in the months following the Switch’s release. There’s 24 games covered in total, complete with images. If you’re interested in the Switch, or are planning to purchase the console, then the Nintendo Switch Guide will give you everything you need to know about the device.

You can get the Nintendo Switch Guide now on Amazon, and on iTunes. Here is a rundown of the included chapters:

As a gamer, we have two other books we believe you might be interested in. The first is the exciting new science-fiction novel Adam Exitus. Written by Nicholas Abdilla, a lifetime gamer, it’s a true space saga in every sense of the genre and we invite you to lean more here. Abdilla is also a renowned comic artist! Old Mate Media published Season 1 of his satirical look at the video games industry, Game Guy, which is well worth exploring. Two great places to go after you enjoy our Nintendo Switch Guide on Amazon or on iTunes. 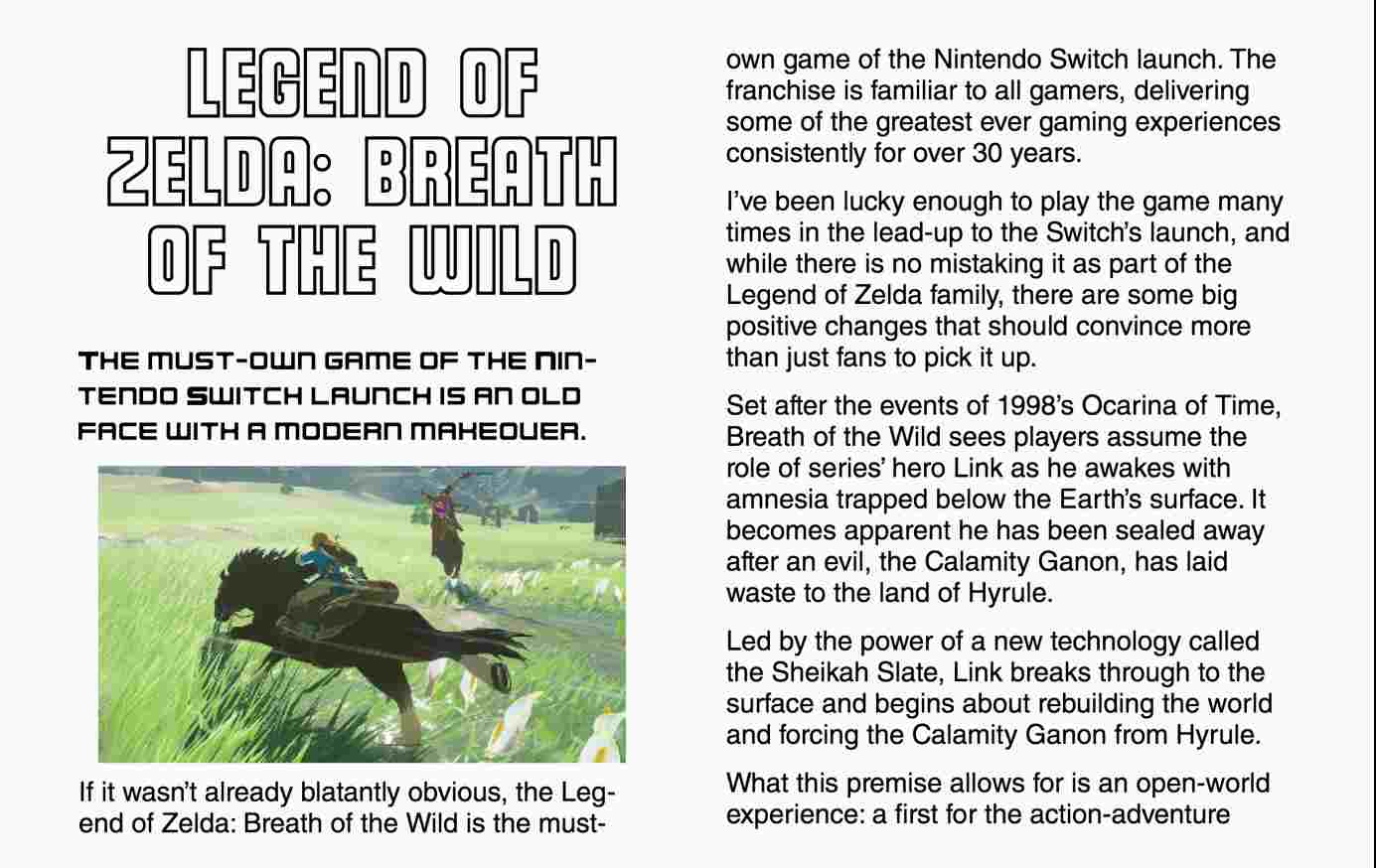