A Very Strange Zoo - a new picture book out now

A Very Strange Zoo - a new picture book out now

Old Mat Media’s latest children’s picture book features a unique visual style, and some of the most amazing animals you will ever see. 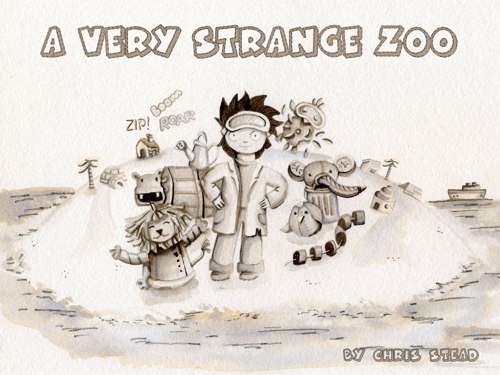 This is the cover for A Very Strange Zoo, a children's picture book by Chris Stead.

When I first saw the art of Argentinian Antonela Cárpena, I was immediately struck by its unique feel. My introduction to her work was an image of a house filled with various animals. It was as if they were living in the slums of industrial revolution era England. It had a patchwork look, but was wonderfully detailed, and coloured from browns and greys. However, it was graced by a warm yellow hue and as soon as I saw it, I sent her an email.

“I love your art,” I said, “and I’m going to write a children’s book that fits your style.” Thankfully, she was receptive and soon after I hired to work on A Very Strange Zoo. A year later, and it is ready for release.

What is A Very Strange Zoo About?

The story is set on an island in the middle of the ocean where a young inventor sits in his little hut making very strange things. He is so noisy with all his tools, however, that the other residents of the island decide to move away. This leaves him alone and lonely. As he is wondering what to do, he begins collecting rubbish that has washed up on the beach. It gives him the idea to build his own friends – animals out of the rubbish he finds.

So he builds an entire zoo worth of animals, but is – of course – still lonely. After all, they are just made of rubbish. That is until a freak storm appears on the island, and a lightning bolt sparks his creations to life. They begin rebuilding the island and creating a town of unique homes to fit their unique appearance. Soon the island is again filled with his friends, as they come to visit his very strange zoo.

It was this idea that I took to Antonela, and she did a great job turning my briefs into this amazing world. Each image showcases her amazing style; the one I fell in love with originally. The book took close to a year to create, with each image hand-painted. A Very Strange Zoo marks the sixth children’s picture book to be published by Old Mate Media, and I invite you to check out our other great titles. This includes the popular Wild Imagination of Willy Nilly series.

Where to Buy A Very Strange Zoo

But whatever happens, don’t miss A Very Strange Zoo. It's out now on iTunes, and also out on Amazon for the Kindle. And please spread the word – I’m hoping to raise enough interest and capital to have this wonderful art brought to life in print form in the near future.

Where Next?
Read up on how Willy Nilly became The Fastest Kid in the World. 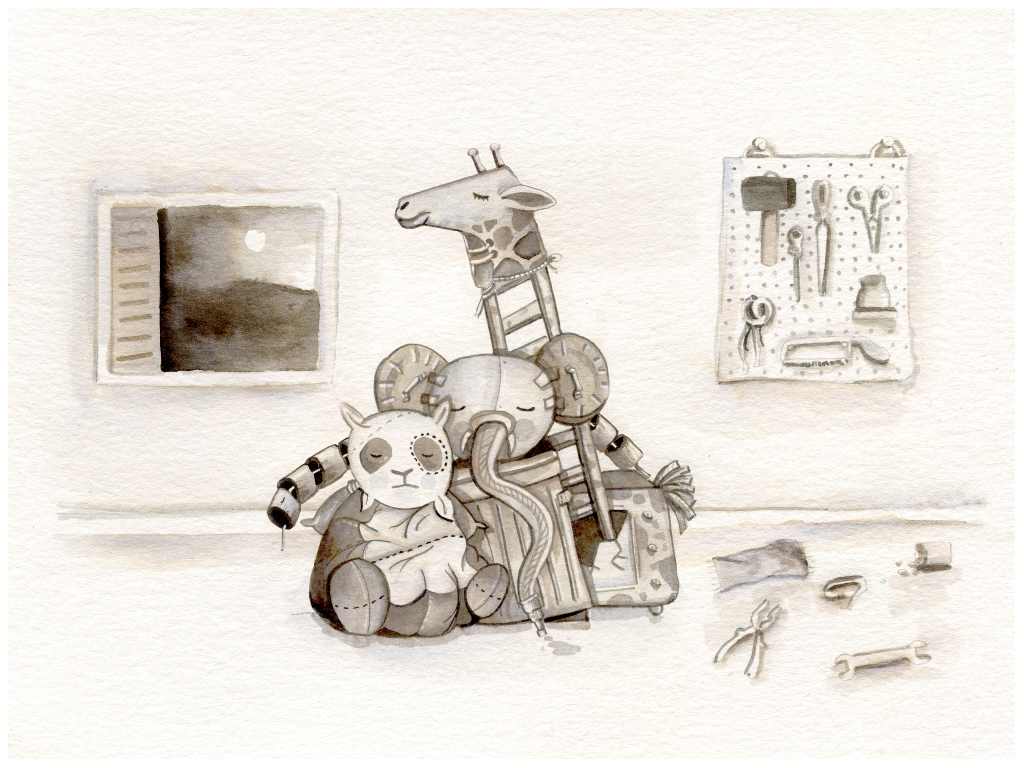 Animals made of rubbish, brought to life.