Does a Kindle countdown promotion deliver a rankings boost?

Does a Kindle countdown promotion deliver a rankings boost? 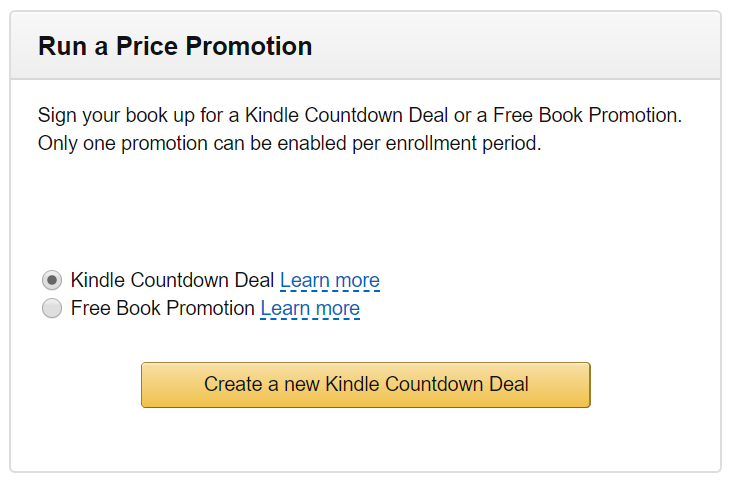 What happens when you use a kindle countdown promotion rather than the free days in KDP Select? We tested it out with one of our children’s books and it gave some interesting results. I’ll take you through the steps we followed and the results to help you make the decision if a Kindle Countdown is for you.

Step 1: Removed our book from sale at Apple Books

As Kindle Countdowns are only available for KDP Select books and this requires exclusivity, we had to pull the book off Apple Books.

This was easier than I expected it to be, all I did was change the cleared for sale from yes to no and selected all the territories. Done! The beauty of this is that it doesn’t seem to remove the reviews from the book.

Fussy Librarian worked really well for our last free promotion and generated a lot of downloads from their newsletter. I am not expecting the same volume from a $0.99 book, but less sales will give a bigger rankings bump, theoretically.

The Fussy newsletter books out, you usually can’t get in next day for their bargain newsletter (you can for the free book one), so I booked the first day with availability that gave us a small window to line up some other promotions.

Always worth a go, but again we were turned down. I did expect this as the book is only on Amazon, and had few reviews.

Step 4: Find some other bargain sites to use

I wanted to support our Fussy promotion with some other sites but also wanted to keep our spend fairly low. Mark our assistant worked through Reedsy’s extensive list of promotion sites and came up with these ones that allowed you to submit a $0.99 book for no fee.

Step 5: Get the paperback live

Ideally this would have happened first, but to be honest, we made a couple of small mistakes that held up the approval process. The type of silly mistakes that we shouldn’t have done.

In the end – it didn’t happen. We ran into issue after issue and I had to accept this would be an ebook only promotion.

Given there was no paperback to promote, I shifted the focus of the promotion to gaining reviews of the digital edition. My theory was that this would help when we did launch the paperback.

I created a competition where readers could go into a draw to win an Amazon gift card, if they let us know what they thought of the book (note – not reviewed on Amazon, as that would break their rules).

This was promoted (a little) on our social channels and sent to our email list of children’s book readers. 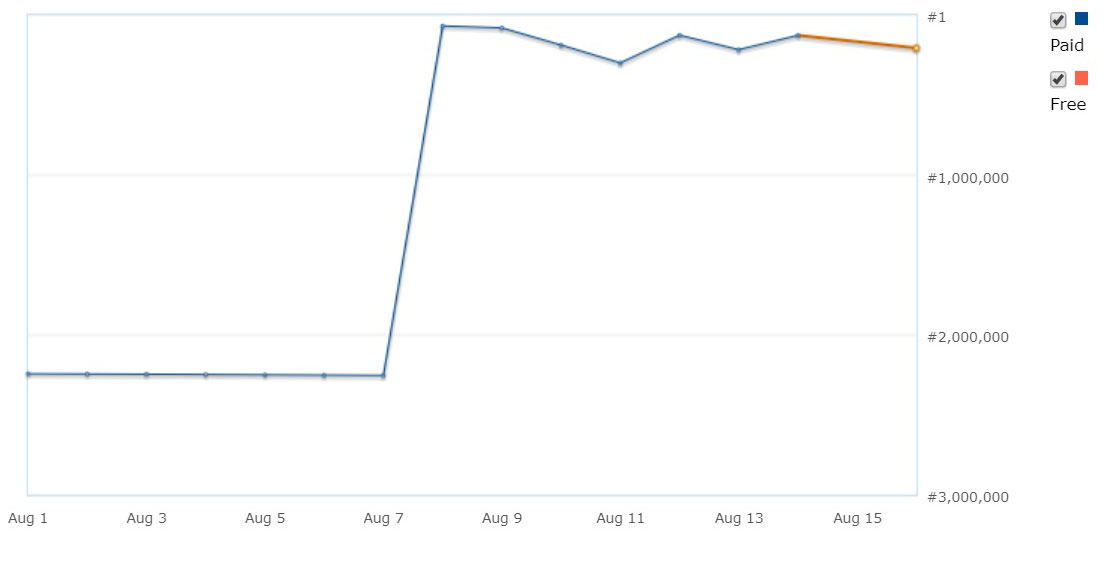 Our ranking jumped dramatically thanks to our Kindle Countdown Promotion

Sometimes it’s better to cut your losses than try and shift tack at the last moment.

I was trying to embrace being agile and pivoting to take advantage of new situations. But, with not enough time to prepare and some unfortunately timed personal challenges landing on all our team, the promotion did not gain any traction.

We didn’t get any entries at all in our competition. #Fail!

Results from Our Kindle Countdown Promotion

Here is the interesting part of this little promotion. If you remember, I wanted to test whether a paid promo working within Amazon’s system would generate a better rankings boost and return than a free wide promotion.

From a sales perspective, it did not go well. We sold 4 copies and had 16 page reads. The promotion cost us $19USD in advertising costs.

From a rankings perspective, it did just what we wanted it to do. Our ranking went from in the 2 millions up to 100,000. Now that’s still not high, but it’s a lot better. And it’s a much better result than when Amazon booted our book back down to the depths after we used the wide price match strategy with a free book promotion.

Lessons Learnt from our Kindle Countdown

As always when we test out these campaigns we learn a lot. And often not what we expect. From this campaign I discovered:

This of course is just our experience with this book at this time and this promotion. I’d love to hear your experiences – just let us know with a comment. You can read more about our learnings from our efforts in our Indie Author Guides and do sign up to our mailing list to get free templates, discounts and more. Plus of course you can find us on all the usual social channels, Facebook, Instagram, Twitter and LinkedIn.

At Old Mate Media, we don’t believe there's one glove that fits all our indie author clients. For the best results, we recommend scheduling a 1:1 call with either Kate or Chris, OMM’s owners. Not only will you learn all about the book creation process, but we can walk you through the next steps to getting your book published and show you how to do it at the best possible price.
BOOK TIME

Book in a time to chat

We love chatting to authors about your book concept and plans. If it suits, please do book in a time to say hi and you will have a no-obligation chat to Kate over Zoom, WhatsApp or phone.